Home Blog 5 Benefits of Running With a Team

There are A LOT of big benefits you’re going to be able to enjoy when you decide to start running with a group rather than going it alone.

You’ll become a better running, you’ll become a more focused athlete, and you’ll find that it’s a lot easier to get more out of every run you go on with a crew behind you than it ever was alone. And that’s just the tip of the iceberg.

Best of all, you’ll find that it becomes a lot easier to stick with running when you’re going out as a part of a group – something that those new to running are really going to appreciate. And it doesn’t take a lot of time to start seeing these benefits, either.

You’ll get to enjoy them on your first group run (and every group run after that!).

In an effort to make sure that you’re really getting the most out of your time spent running and building a better, faster, and healthier you, we’ve put together this quick guide to the benefits of group running.

Check out all of the big benefits of running with a team! 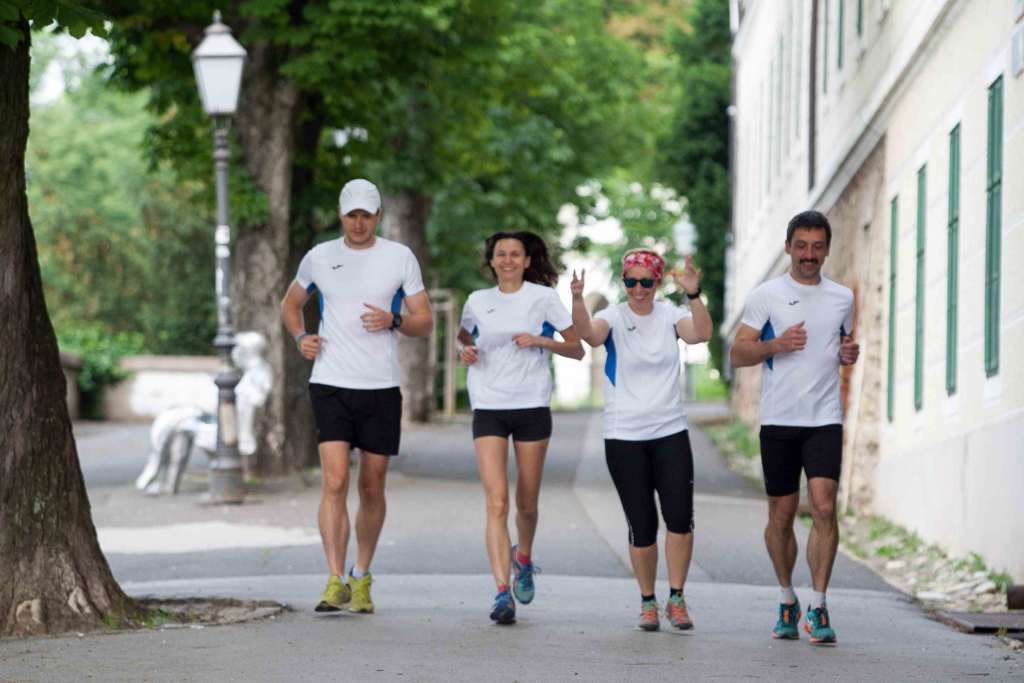 Accountability is HUGE when you’re just getting started with running

Look, the truth of the matter about running is pretty simple and straightforward – not everyone does it because not everyone is forced to do it when it becomes really uncomfortable.

Going for short little runs with your dog, or putting in a little bit of road time every now and again is going to help you get into the swing of things as far as running is concerned. But until you decide to become a consistent and every day runner (or as close to that ideal as possible), you’re never going to reap the rewards that running really has to offer.

With a running partner (or a whole group of partners), you won’t be able to duck out on your daily run when you’re just not feeling it or when Mother Nature isn’t cooperating perfectly. They are going to hold you accountable, and that alone is usually worth the “price of admission” for running with a team.

Consistency is king when you want to get healthier from running

As mentioned above, there’s no way to sugar coat this – you’ll never get faster, stronger, or leaner on a running program that isn’t consistent.

There’s a reason why all of the world’s best runners, top athletes, and the fittest people on the planet run or workout every day (or almost every day) – it’s because it’s the only way to get and keep the results you’re after.

A running group will make sure that you’re consistent in your running workouts, not only out on the road, the track, or the trail, but also when it comes to putting in the consistent effort you need to get better and faster.

You’ll want to stay with the pack (and stay “on schedule” as far as progress grows), and the pressure of letting down or failing your running team is going to be enough to push you past any consistency issues you’ve been dealing with. 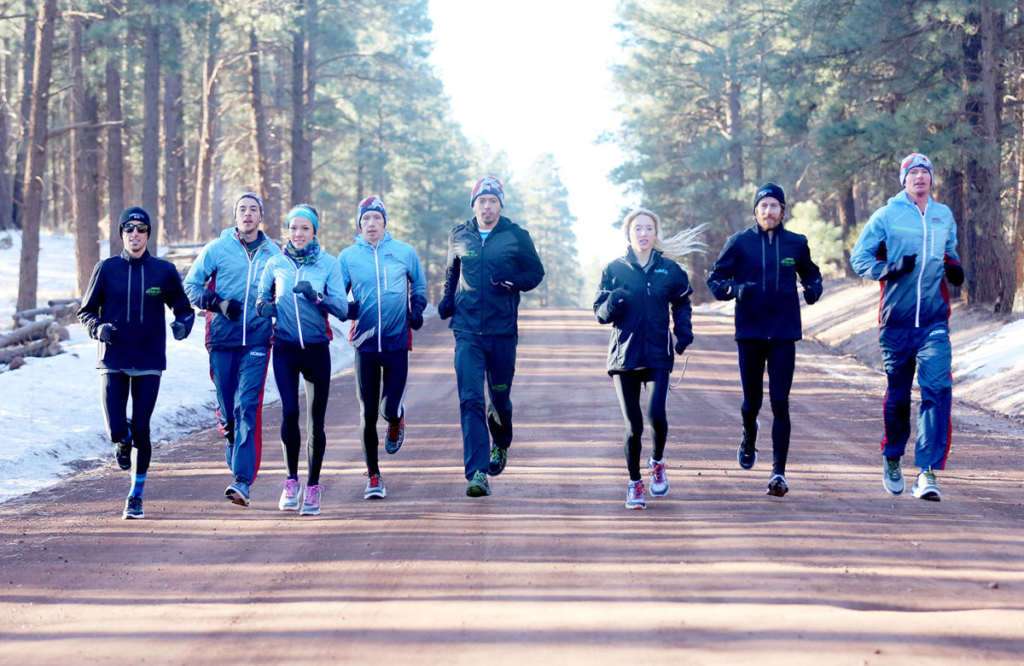 Your motivation will be through the roof

It’s tough, tough sledding trying to accomplish all of your fitness and health goals alone.

In fact, some would tell you it’s downright impossible.

Sure, the odds are good that you have at least a little bit of a motivational fire burning inside of you or you’d never have started running in the first place. But when things get tough (and they always will if you’re pushing yourself to get better and better) that motivational fire is going to flicker.

Run with others and you’ll be able to count on them for motivation, but you’ll also be able to help motivate others that are feeling a little worn out and down on yourself. It’s always going to be better to work out with a crew than to fly solo, especially from a motivational standpoint.

Your running team or crew is going to want to make sure that everybody in the squad is a good a runner as they possibly can be. You can bet that the best runners in the group will pass along any and all details they can to everybody else to make sure you’re really rocking and rolling.

So if you’re new (or just inexperienced) at running, heading out with a team can help make sure you don’t learn the “wrong way to run” right off the bat and really ingrain some nasty habits. You’ll be a much better runner in weeks with a team than you would have been in years alone! 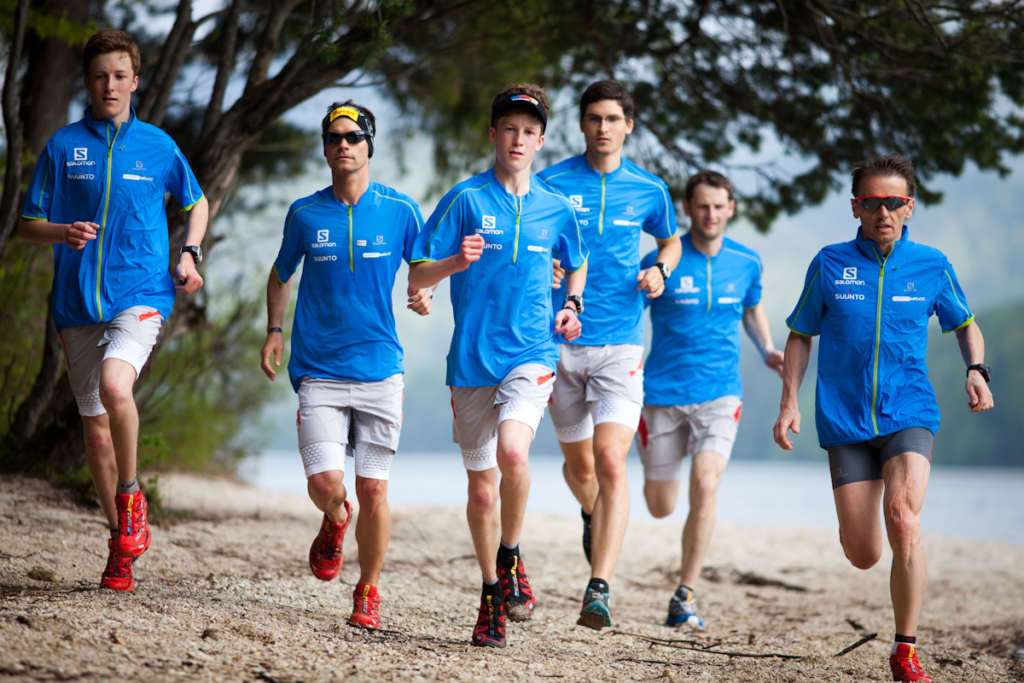 The social aspect of a running team is tough to top

At the end of the day, all of us are looking to belong to a group of friends that we connect with, that get us, and that enjoy the same kinds of things we do.

Well, your running team is going to be exactly that kind of group – if you’ll let them. The web is filled with all kinds of stories about teams of runners being parts of one another’s weddings, couples meeting in running groups, and a whole host of other uplifting stories about friendships built when pounding the pavement.

And while many of us love hitting the road, the track, or the trail by ourselves and just kind of zoning out, it’s nice to head out with a running crew from time to time and get the chance to socialize while you’re building your body and improving your health!

According to research published in the American Jo[...]

Weight training is an important part of any physic[...]