Home Personal Care Grooming The Best Safety Razor
Until the arrival of disposable cartridge razor, safety razor was considered the best tool for a convenient shave. Disposable razor made its debut in the shaving equipment world with its cheaper price and sleek design, which were enough to attract many of the safety razor customers. Thanks to the high amount of hard plastic used on the body that made it a lot lighter and easier to carry.

However in recent years, people have started realizing that the blades and other materials used in disposable cartridge razor have been less effective and impressive for a clean and comfortable shave. And slowly, safety razor has been making its rapid-mark again among the consumers despite its classic design. To add, not only it has attracted the matured ones but also has made a progressive impact on the new generation.

With only few manufacturers of safety razors in the world, here we will filter out some of the best safety razors that can be best for you. These razors are selected according to the consumer’s reviews and their dynamic shaving abilities. 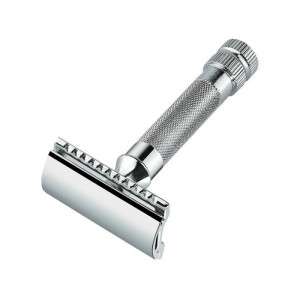 It has been designed with double edge so that a shaver can take the advantage of both sides of the blade just with a flick. It just saves your time and money while delivering a clean shave with less skin burn and irritation. Talking more of its design, it features a short and thick handle with excellent grip. Even though you have soapy fingers, it has enough grip to hold on to your hand. Perfect for a beginner, it can be called as a razor mate to the regular shavers. 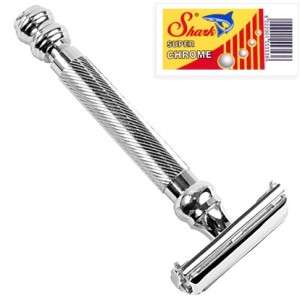 Also known as Parker 99R, this machine features a long handle and is especially perfect to those with big hands. Providing a superior grip, the handle has a knob on the base which functions as a lever to open the head of the razor like a butterfly instead of detaching. For that reason, it is also called a butterfly razor.

Being not so much heavier in the weight, it can supremely handle the balance that you need for a smooth shave. The texture of the body is nickel chromed and being a double-edged safety razor, the blade gets exposed equally on both of the sides. Considered as the best product from Parker, it has also been able to place itself in the list of best safety razors. 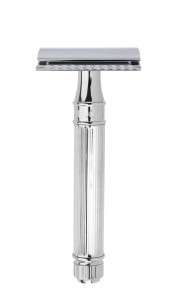 A product of Edwin Jagger, England, this shaving tool directly competes with the superior Merkur 34C. With its nice weight, it provides you a clean and comfortable shave without having to press harder on your skin. So, this reduces skin burns and irritations significantly.

No matter what kind of blade you replace, this double edged safety razor will provide you such a high level of comfort that you won’t even feel if you’re using a blade to shave the hairs from the face. Its wonderful design throughout the body ensures a better grip and whatever your shaving style might be, you need not to worry about the adjustment.

Overall reviews and customers rating has made it as an ultimate safety razor in comparison to similar products by different companies.

What is a Dog Clipper? The best dog grooming clip[...]

Nasal hair has long been an annoyance for many peo[...]

If you want to have an incredible close shave,[...]

When you are handling yours or somebody else’s hai[...]

Everyone loves the feel of a clean-shaven face. Wh[...]

Picking Out The Best Safety...

There is a revival going on right now and it’s goi[...]

Obtaining a close shave that highlights a great bo[...]

For most men, shaving is an inevitable activity – [...]

Where To Buy Safety Razor...

When it comes to shaving, there is no real doubt i[...]

Merkur is a famous brand name when it comes to wet[...]

At a first glance, a double edge safety blade [...]