Medical professionals the world over have become really excited about the potential that light therapy, also known as phototherapy, especially as far as battling depression is concerned.

The most common kind of solution for depression is also one of the most frustrating – high-grade pharmaceutical drugs filled with all kinds of chemical compounds that have the kind of warning labels and side effects that most people are terrified of.

After all, there just aren’t all that many people that get excited about the prospect of popping pills that have side effects of making their symptoms even worse than they already are.

Medicine is supposed to help people, not hurt folks, and – unfortunately – that’s exactly what so many prescription drugs and up doing over the long term.

Thankfully though, with a light therapy treatment regimen (administered by professional doctors and using only the latest technology available), those suffering with depression no longer have to be nervous about side effects that can cripple their health any longer.

Today, with light therapy, folks all over the world are fighting back against oppression and leading the kind of happy, healthy, and well-adjusted lives that they wanted to in the first place. This isn’t to say that light therapy is perfect over 100% effective by any stretch of the imagination – it isn’t – but it definitely is one of the most exciting new therapy solutions available to those hoping to win the fight against depression.

Let’s dig a little bit deeper into this medical solution.

What exactly is light therapy, anyway? 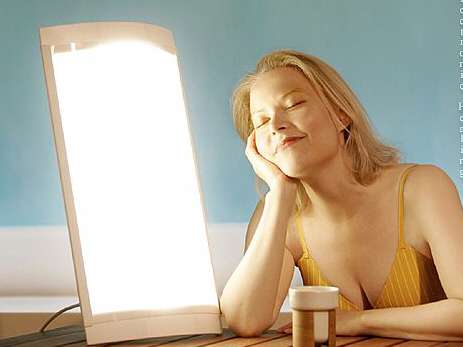 As we mentioned above, light therapy (or phototherapy) is a treatment protocol and that exposes individuals to artificial light sources aimed at disrupting the mental stress and pressure caused by seasonal patterns and seasonal affective disorders.

Millions and millions of people all over the world (especially those that live in colder climates) often struggle with seasonal affective disorder, a type of depression that usually sets in after a handful of weeks of winter. The light is different, they are mood is different, and their prospects seem bleak – all factors that contribute to a negative state of mind and a sense of real and lasting depression.

With light therapy, however, SAD can be combated effectively – as can other types of depression that have nothing whatsoever to do with the seasonal affective disorder.

Working to compensate for a lack of exposure to sunlight, and issue that has been clinically proven to be linked to major depressive disorders across the board, light therapy begins with the introduction of a light box that amidst strong sunlight rays that are as close to natural light as possible (though there are variations available as well).

Treatments usually begin in the early part of fall and continue on until early spring, with 10 minute to 15 minute sessions necessary at least three times a week to fight back against SAID and other depressive issues. 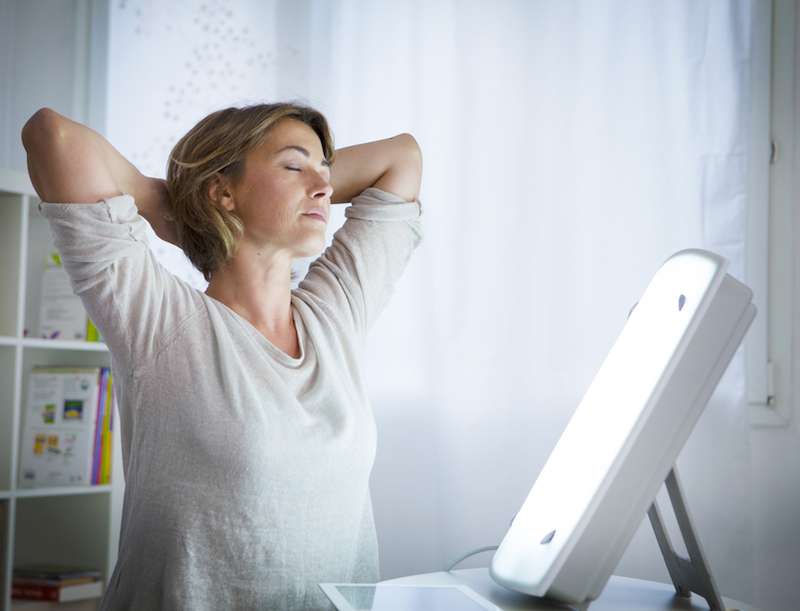 The verdict is still out as far as how light therapy works exactly, though scientists around the world are confident in the fact that exposure to specific spectrums of light increases the amount of serotonin produced in the brain.

Serotonin is a natural hormone and chemical in the brain responsible for feelings of happiness, and when you are able to stimulate the production of serotonin in the body you are able to dramatically improve your feelings, fight back against depression, and the depressive feelings disappear almost completely.

And though the actual underlying science behind the mechanism of light therapy is still, as of yet, not completely understood, no one argues with the results. This is kind of like not having to know exactly how electricity is produced or how it travels from the power plant to your home while still knowing that if you throw the light switch you’re going to light up an otherwise dark room.

What kinds of side effects are involved with light therapy solutions?

It would be disingenuous to suggest that there aren’t any side effects whatsoever when you go through a light therapy routine, but thankfully the side effects are nowhere near as devastating, dangerous, over potentially deadly in the way that more traditional powerful pharmaceutical drugs are.

The most severe kind of side effect you’ll ever have to contend with when you go through a serious light therapy routine is getting dry skin or headaches caused by exposure to the amount of light had to you’ll be exposed to during the treatment sessions.

Other issues include eyeballing irritation, sensitive skin, or a nose that continues to run. But compared to the alternatives, that’s really not anything to tough to deal with.

What are the benefits of light therapy? The drawbacks? 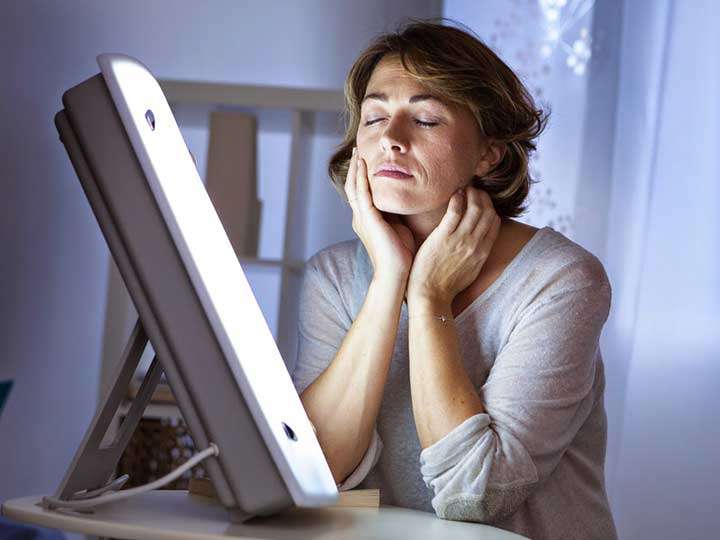 The major benefits of light therapy treatment for depression include:

… And that’s just the tip of the iceberg!

As far as drawbacks go, we’re talking about headaches, a little bit of mild insomnia, potential for sunburn, and maybe some dry eyes and a dry nose or a little bit of fatigue.

And the end of the day, there are a lot of different solutions out there promising the moon and the stars went comes to fighting back against depression.

But when you get right down to it, there aren’t many solutions that can come close to providing you with the benefits that light therapy offer without any real drawbacks or downside. It’s well worth looking into.